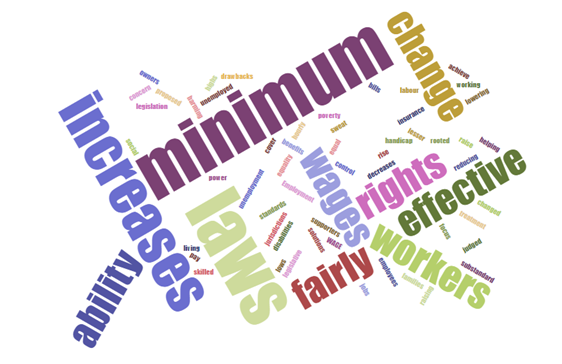 The summer hearings are over and the committee has forwarded amendments to the legislature, which resumed September 11th. So what, if any, changes are being considered to Bill 148?

Here is a recap of the key areas that affect all organizations, municipalities, farms, and companies in Ontario, particularly those that utilize flexible staffing solutions to compete globally or maintain their affordability locally. For a more comprehensive look at each area of Bill 148, please click here to refer to our previous articles on this subject.

Although there were numerous presentations and articles on how this will result in the loss of jobs and diminish Ontario companies’ competitiveness in exports, there is no move to change this aggressive schedule. Some vague talk has been bandied about on a possible tax break for small business to assist in dealing with this.

This is the next area which has generated a vocal response. Bill 148 proposes that it is an employer’s obligation to provide 3 hours pay at the regular rate if a shift is cancelled within 48 hours of its scheduled start.

Also, there is a new minimum “on call” payment – 3 hours’ pay at the regular rate – if an employee is placed on call and not called into work. As a result of the summer hearings, there has been one change to that piece of the bill. This change notes that this does not apply if it is a weather-dependent position (e.g. school bus drivers).

One further scheduling piece is that if an employee gets less than 96 hours’ notice of a shift, they can refuse it; however, there is an exemption for work that is needed to deal with an emergency or to remedy or mitigate a risk to public safety. Note that this is one of the parts of the bill that is set to be enacted in 2019, so it could be further changed if there is a change in government in the spring 2018 election.

The original bill proposed 10 emergency days with the first 2 paid. The amendment that came back from committee is that the employee must have worked for the company for at least a week to be eligible for the paid days.

Further changes include a new component introduced with the provision of an unpaid sexual assault/domestic violence leave of up to 17 weeks, where in the original bill it was lumped in with 10 days of personal emergency leave. Parental leave was also increased in the amendments.

Bill 148 introduced a new calculation formula for statutory holiday pay, which would lead to substantially increased payouts for part-time employees. Also, it removed the substitute day provision of existing law. The amendments from the committee do not change the new formula, but do revert to the existing law on substitute days. There is, however, increased record keeping for employers on this substitute day.

There are several changes in Bill 148 and the ensuing amendments that require employers to do much more detailed record keeping so that all the new changes can be tracked.

Little change has thus far been added to this section other than a more detailed explanation of the seniority exemption to be “based on accumulated hours worked”.

CHANGES TO THE LABOUR RELATIONS ACT:

The committee amendments struck down some of the areas in the initial proposal, including repealing Section 2 (Purposes), and made conditions on others – notably the privacy concerns raised around employee lists.

Note that the committee that created these amendments was a majority of Liberals and suggestions by NDP and Conservative members were not adapted. It is very probable that the bill in this form will pass 2nd reading.

Articles on the Effects of Bill 148 on Various Sectors:

ABL is a staffing agency specializing in filling general labour temp jobs, including packaging jobs and warehouse jobs. Contact us today to find the right staff for your needs!