Part 2: THE NOT SO GOOD AND NOT SO BAD-EFFECT OF RECENT ONTARIO LABOUR LAW CHANGES ON COMPANIES THAT UTILIZE FLEXIBLE STAFFING SOLUTIONS. 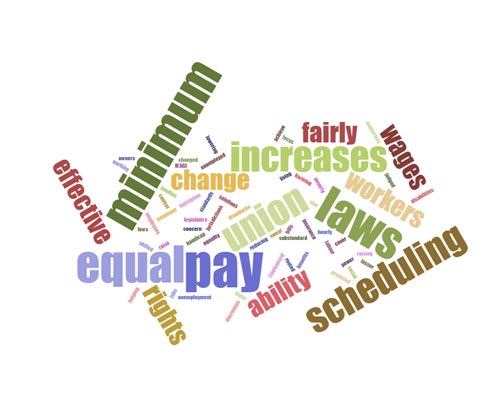 On June 1, 2017, the Ontario government introduced Bill 148, the Fair Workplaces, Better Jobs Act, 2017.  This bill moving through the process quickly and will probably be passed into law as soon as September/October.

This Bill has several profound effects on all Employers in Ontario and other targeted effects on companies that utilize contract, part time or temporary agency staffing solutions.  This 2ND article in the series focuses on key points that will affect these companies notably Equal Pay, Scheduling, Statutory Pay Calculation and Emergency Pay.  While most of the other parts of this proposed legislation will proceed into law with few changes, these components do have some problematic parts to them that will be raised in the summer public hearings so they may change before being enacted.

The Not-So-Good: While at first glance, this proposed legislation that would ensure that casual, part-time, temporary and seasonal employees are paid equally to full-time employees when performing the same job for the same employer seems very sweeping, there are conditions attached to it which mean that it will largely not mean a change for most employers.  There would be exceptions to the requirement for equal wages where a wage difference is based on:

For the temporary service Assignment Employees, there is no mechanism in place to require companies to tell the agency their pay structures yet it is outlined that the employee cannot be penalized for asking company employees their pay.  This sets up a poor and contradictory communication stream that could lead to continual miscommunication and bad morale.

Not-So-Bad:  The actual equal pay portion of this proposal doesn’t really represent much change for employers in Ontario.  Most companies and temporary staffing agencies have good policies in place and typically have pay structures for part time and temporary employees similar to their entry level pay rate of full time employees as it is necessary to attract and retain people.   Also, good companies have a merit or seniority based raise system that would mean the pay rate is compared to the appropriate full time pay rate (entry level) which is the intent of the legislation I would think.

Stay Tuned: There seems to be a concept that all companies have a well publicized pay matrix and that all employees and staffing services have access to this.  There could be some changes to address these issues by the effective date of April 2018.

Not-So-Good: This section outlines an employers’ obligation to provide 3 hours’ pay at the regular rate if a shift is cancelled within 48 hours of its scheduled start. This obligation would also apply if an employee is scheduled to be “on call”, but that status is cancelled within the same 48-hour window.  It also includes a new minimum “on call” payment of 3 hours at regular pay if an employee is placed on call but not called into work during a 24 hours period.  Both of these restrictions could have profound effects on companies that have ebbs and flows in their production and work requirements.  If containers don’t come in or equipment breaks down or orders are cancelled…all situations which often occur without 48 hours notice, this could create a significant cost increase.

Not-So-Bad: It looks like there is some leeway for collective agreements to override this.

Stay Tuned:  With many market responsive staffing solutions such as part time or temporary employees, there is not even 48 hours notice of the shift occurring and the proposed legislation doesn’t consider this at all so there will probably be changes written in.  Also, this piece isn’t set to come into effect until January 1, 2019 so there is time and opportunity for it to be changed.

Not-So-Good: A change is proposed in the bill which supposedly makes the calculation of stat holiday pay “easier to calculate”.  It seems that this formula would change the calculation from the amount of earnings over the last 4 weeks divided by the 20 work days to the days worked in the past pay period and the average earnings per day would be paid.  This could mean that part-time or temporary employees who typically work 2 full days a week or 10 days per month for example would be entitled to double what they are paid under the existing legislation.  This has potential to be a HUGE increase in costs for companies that utilize the market responsive strategies that allow them to stay competitive in a worldwide market.

Not-So-Bad:  There are problems with clarity in this calculation and it will need to be addressed so it will probably change before being enacted on January 1, 2018

Stay Tuned: In addition to the problems noted above, there should also be a strong push against this at the public hearing from many sectors so there will probably be change to this before it becomes law.

Not-So-Good: As noted in the previous article, the 10 days of emergency leave states that the first 2 days per calendar year per employer are paid.  This proposed legislation appears to be effective from the employees start date and doesn’t come with any mechanism to stop an employee from jumping jobs (or working for many staffing agencies) and getting 2 paid days multiple times a year.  Since the employer is also not able to require a doctor’s note but can make inquiries to ensure that the leave meets the criteria, it is still quite difficult for an employer to ensure that the leave is legitimate.

Not-So-Bad: The ability for an employee to take an unpaid leave in emergency situations without stress about losing their job is a good thing and contributes, I believe, to the mental health and well-being of the employee as well as their productivity at work. The Emergency Days criteria has been expanded to consider other areas such as domestic violence and also now applies to all companies (not just ones with over 50 employees).

Stay Tuned: As noted, the paid portion of this is problematic and not really workable so it will change before it comes into effect in April 2018.  The temporary staffing industry as well as many other industries who employ part time or seasonal workers will be bringing this up in the public hearings.

These hearings are happening right now and if you, as a concerned business, would like your voice to be heard, dates for the summer hearings and the process involved can be found here:
http://www.ontla.on.ca/committee-proceedings/committee-hearings-notices/files_html/Bill%20148%20-%20Advertising%20EN.htm

Other links to good sources of information on this topic are:

The link to the actual legislation is:

Stay tuned for other articles on this topic as we keep you up to date with the progression of this bill and some of the strategies that Ontario employers are utilizing to ensure this is a win/win for both employees and businesses in Ontario.