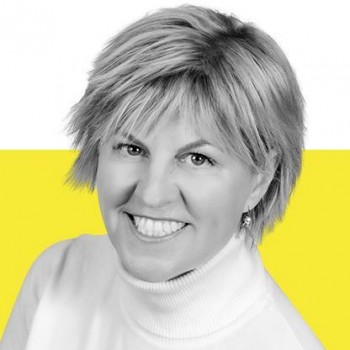 Starting your own business isn’t the right choice for everyone.

The hours. The risk. No vacations. The knowledge that everything depends on you.

For the people who have the nerve to dive into the sometimes frigid waters of self-employment, there’s also the knowledge they’re creating jobs, filling a need in the economy and driving Canada’s economic growth.

Some are doing all of that, and driving their kids to soccer games and dance classes at the same time. They’re female entrepreneurs.

For the winners, being named to the list is a welcome acknowledgment of years of effort.

“It tells me anything is possible with enough hard work,” Cain said.

“It tells us that we’ve developed a business model that is sustained and healthy,” Ferguson added. “The award means a lot because it says we’ve achieved that.”

For Sarakinis, “it shows the success of what we’ve been trying to do for the last seven years.”

“To be recognized outside our own field like this is extra sweet,” she added.

“In many ways, female entrepreneurs have the odds stacked against them,” the magazine said in announcing its 11th annual list.

“They are more likely to be turned down for bank financing. They have to balance their work with their family life. And they still face long-outdated stereotypes about the types of companies they run.”

According to the magazine, since 1997, women in Canada have started companies at about twice the rate of men.

The 2009 version of the list is slightly different from previous efforts. Where earlier ones were based on revenue alone, this year’s list factors in growth rate and profitability, allowing smaller companies to be recognized.

There’s also a list of 10 up-and-coming women entrepreneurs whose companies are still in the emerging phase.

So for 2009, the top 100 and the up-and-comers are ranked by a composite of the size, growth rate and profitability of their businesses. All growth rates were based on base-year revenue of at least $200,000. Figures were verified through financial statements.

To qualify, women must be owners or significant shareholders who at least share chief decision-making responsibility.

Taken together, these women employed 14,078 full- and part-time staff last year and generated $4.2 billion in revenue. They’ve grown their sales by an average of 157 per cent over the past three years.

Cheryl Cain has done every job around Cain Express except drive one of the company’s fleet trucks.

In one way, however, the vehicle she’s driving is bigger and more powerful than any 18-wheeler on the highway — as president of the company started by her father more than 30 years ago, she’s responsible not just for ensuring one load gets to its destination on time, but for every one of the $6.2 million worth of loads the company handles in a year.

That’s in addition to the jobs of 47 employees and their families.

“I just sort of started from the ground up, and over the years I’ve done everything here except drive a truck,” she said. “My job is to guide our employees.”

This year Cain ranked in the No. 91 spot on the Profit Magazine list. After the kind of year the transport business has suffered through in Canada, that’s an impressive finish.

“It has been a very challenging year,” Cain admits. “There have been a lot of challenges for our business. Every day brings something new.”

Meeting that challenge, she said, called on the skills she thinks any entrepreneur should have, chiefly the mental flexibility to deal with whatever fate serves up.

“Flexibility is very important for my role — having the ability to adapt based on circumstances,” she said. “It’s a challenge to find alternative solutions to everyday problems.”

One example of that flexibility is the way the company has changed with her hand on the steering wheel.

Where it once handled only expedited freight, the firm has now expanded to other areas as well as warehousing.

“We realized that as the business changed we were going to have to change,” she said.

Cain joined the Burlington-based business right out of high school, then took a break to get a degree in psychology and family and child studies at the University of Guelph before coming back to trucking.

“I want to see us sustain our position as well as growing the business,” she said. “I want to keep the trucks rolling.”

Her way of meeting those goals is to “build relationships with people from all parts of the hierarchy,” she said.

Nurses for hire has great vitals

She loved the adrenalin of working in a hospital, but the shift work was making it hard to be the kind of mother she wanted to be.

During her second maternity leave seven years ago she pondered that problem and started sketching out the idea for a new business — a temporary staffing agency specializing in nurses.

“I loved nursing but I just found it difficult to have children and do all the shift work,” she said. “I moved into public health, but there I missed the adrenalin of the hospital.

“I wanted something that would let me work as a nurse and still be there for my family.”

The result of those efforts was Emerg-Plus Healthcare, a growing player in the field of temporary health worker staffing. It’s a business, Sarakinis says, that gives nurses what they want — a chance to have some more control over their lives in a world where hospital administrators seem to turn to the nursing budget first when they have to cut costs.

That has the effect of cutting hospital jobs — but the demand for nurses remains, leaving more turning to agencies to fill the gap.

“In the hospital you just get plugged into a rotational schedule,” she said. “Things are so tight in the hospitals now almost the only way to get a day off is to call in sick.”

Even though it was clear she had a great idea, Sarakinis admits there were times during the early stages of her new business where she almost dropped the whole thing — but each time she decided to go on. Today, she heads a firm with 355 nurses on its rolls, annual revenue of $1.77 million and revenue growth of 505 per cent in the last three years. In addition to temporary placements the company also provides training in skills such as cardio-pulmonary resuscitation.

There’s also a sideline venture in medical legal consulting. The numbers are good enough to place the company at 69 on the top 100 list.

For the future, Sarakinis is studying new areas for expansion — such as the field of travel nursing in which temporary nurses are placed away from home for periods of weeks or months, rather than days.

Wanting to start her own business was a natural for P. J. Ferguson — she’d grown up in a family of entrepreneurs.

“My father worked for a big company and then left to go on his own,” she said. “I was raised in that kind of world where the business phone rang into the house.”

Today, as president of ABL Employment Inc., she lives the same kind of life and loves it.

“I joke that I’m the best boss I’ve ever had,” she said. “I also have very strong convictions and like to put my stamp on things.”

ABL, which Ferguson started six years ago after working in the staffing industry, rising to be regional manager of a firm, provides industrial and warehouse workers to a variety of clients. The company has offices in Hamilton, Burlington, Brampton, North York and London.

According to the Profit Magazine ranking for this year the firm posted $8.58 million in revenue and three-year growth of 100 per cent. Those numbers put the company in 42nd place on the Profit list, the highest local rank.

For Ferguson, the secret to succeeding in her business is simple commitment to the “personal touch” in dealing with customers and staff.

To make that possible, each of the company’s offices is independently operated “so they can stay in touch with their local market.”

An entrepreneur, she said, has to come equipped with an extra load of dedication.

“You really have to be excited about what you do,” she said. “Enjoy the risk and enjoy the challenges.”

Attitude is also important, she said, adding: “I surround myself with very positive people. I make sure the people around me are positive because that’s something you can feed on every day.”

During the last year, when “it seemed like the tap had been turned off for many of our customers,” that positive attitude has been severely tested.

The test, she added, appears to be over.

“2009 was a challenging year but we’re excited to see our customers getting busy again,” she said. “We’re really starting to see some of them turn around.”