Effects of the Upcoming Minimum Wage Increase In Ontario 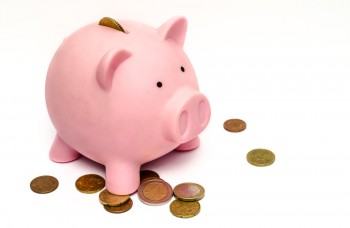 With minimum wage in Ontario set to increase to $11.60/hr on October 1st, and $14/hr on January 1st, do you expect to see an increase in applicants for positions like call centre agents, customer service agents, data entry, and other clerical jobs in your company or industry?

CBC News Business noted that in the month of July 2017, “While not many jobs were added overall, fewer people were looking for work, too, so that pushed the jobless rate down two percentage points to 6.3 per cent — the lowest level since October 2008, before the start of the financial crisis.”

Regarding the two point downtick in the jobless rate, TD Bank economist Brian DePratto commented that “the decline appeared to be led by younger and older individuals, as ‘core’ working age participation remained solid.”

It’s possible that this figure, combined with the upcoming minimum wage increases, could result in a knock-on effect of an increase in these previously latent or passive candidates re-entering the job market. ABL is currently working on preparing attraction campaigns to try to capture these potential candidates as soon as possible: our aim is to attract, screen, and deploy these re-energized applicants as quickly as possible.

ABL is staying on top of all the developments stemming from the proposed changes to Ontario Labour Laws in Bill 148 and the “Fair Workplaces, Better Jobs Act, 2017”.

You may have heard about some other proposed changes in Bill 148, such as the way Stat Pay is calculated, the introduction of two paid days of emergency leave, etc.

ABL’s Founder and President, PJ Ferguson, has written a blog series discussing those proposed changes and what they could mean for companies like yours. We encourage you to read it now:

How do you think the upcoming minimum wage increase will affect your company’s candidate pool? Let us know on LinkedIn!